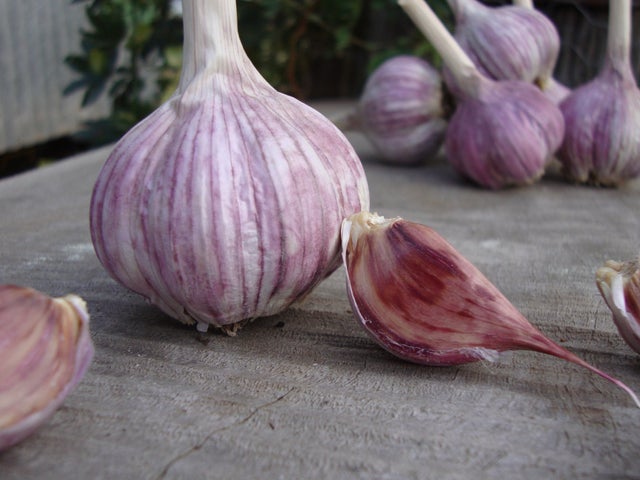 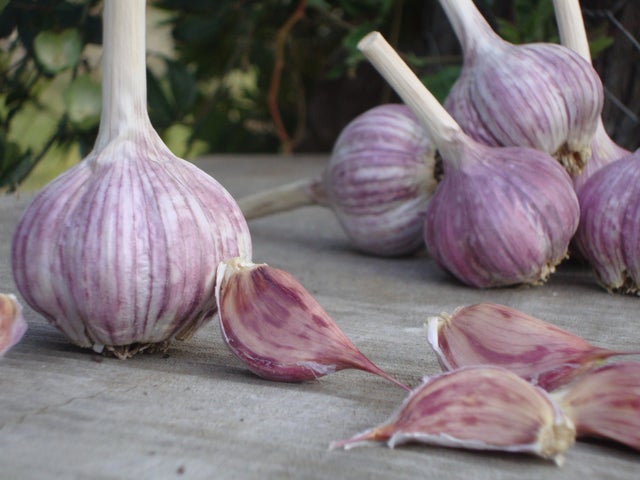 Shvelisi, also known as Chesnok Red, is one of two cultivars in the Standard Purple Stripe Group available in Australia, and stocks are extremely limited.

A mid-late season variety, Shvelisi is the undisputed queen of the garlic cultivars, and also the rarest and most sought-after. She has all the flavour credentials of Dunganski with an added sweetness that elevates her to an exalted status in the realm of fine garlics.

Expect slow sprawling growth initially, but she will take off upwards when the weather warms in Spring!

Not to WA or Tas. due to quarantine restrictions. Mainland addresses only.